The Newark Museum of Art is pleased to host the premiere of two monumental films, Becoming Frederick Douglass and Harriet Tubman: Visions of Freedom, on September 14 at 7pm in the Billy Johnson Auditorium.

In partnership with Express Newark, at Rutgers University–Newark, the Museum will debut two original documentaries directed by Emmy award-winning filmmaker Stanley Nelson that shed new light on the lives of two historical figures in the struggle to end slavery, Harriet Tubman and Frederick Douglass.

“This chance to collaborate with the Newark Museum of Art comes on the heels of Rutgers-Newark re-naming our athletic field for Frederick Douglass, who once spoke on that site, and its federal designation as part of the Underground Railroad,” said Peter T. Englot, Senior Vice Chancellor for Public Affairs and Chief of Staff at Rutgers-Newark and Member of the NMOA Board of Trustees. “We have also been involved with the City of Newark, the museum, and other community partners to envision a Harriet Tubman monument in Newark. The timing couldn't be better for building an even greater awareness in our community of the greatness of these two courageous leaders.”

Rutgers-Newark renamed the University Avenue field in 2018 in honor of Douglass’ appearance there in 1849, when he delivered an address at the church that once stood there. This year, the National Parks Service designated the Plane Street Colored Church as an Underground Railroad site. The church was Newark’s bastion of Black anti-slavery activism.

The arrival of these films in Newark is also coupled with a remarkable moment in the heart of the City’s downtown, where the newly-named Harriet Tubman Square will soon unveil a monument designed by architect Nina Cooke John, entitled “Shadow of a Face” — which honors and depicts the legacy of Tubman.

“As the Museum continues to steward accessible opportunities in the arts and public engagement for its local community and members, the premiere of these films complement the Museum’s focus on social justice and its involvement in the City of Newark’s promotion and celebration of these key figures in American history and the Abolitionist movement,” said Silvia Filippini Fantoni, Ph.D., Deputy Director, Learning & Engagement.

Produced and directed by Nelson and Nicole London, Becoming Frederick Douglass explores the inspiring story of how a man born into slavery transformed himself into one of the most prominent statesmen and influential voices for democracy in American history. Using his writings, images and words to follow his rise to prominence against all odds, the film is rooted in the singular truth of Douglass’s life: his insistence on controlling his own narrative and his lifelong determined pursuit of the right to freedom and complete equality for African Americans. Portraying the voice of Douglass in the film is acclaimed actor Wendell Pierce, who coincidentally was Rutgers-Newark’s commencement speaker in 2021 and was awarded an honorary doctor of fine arts degree.

“Given that Frederick Douglass was one of the most prolific and powerful orators of his time, we were interested in exploring how he created and controlled his image, and ultimately how he used it to shift public opinion around abolition,” said Nelson. “It was such a gift to have the inimitable Wendell Pierce provide the voice of Douglass to bring his words to life. Wendell’s dynamic performance, coupled with the many stunning photographs taken throughout Douglass’s lifetime, show how Douglass evolved to become one of the most influential and enduring social justice activists in American history.”

Accompanying Nelson’s documentary on Douglass’ legacy, Harriet Tubman: Visions of Freedom offers a rich and nuanced portrait of the woman known as a conductor of the Underground Railroad, who repeatedly risked her own life and freedom to liberate others from slavery. Born in Dorchester County, Maryland, Tubman escaped north to Philadelphia in 1849, covering more than 100 miles alone. Once there, she became involved in the abolitionist movement and, through the Underground Railroad, guided an estimated 70 enslaved people to freedom. She would go on to serve as a Civil War scout, nurse and spy, never wavering in her pursuit of equality.

In the bicentennial year celebration of its subject and featuring more than 20 historians and experts and grounded in the most recent scholarship, Harriet Tubman: Visions of Freedom goes beyond the standard narrative to explore what motivated Tubman, including divine inspiration, to become one of the greatest freedom fighters in our nation’s history.

“With this film, our aim was to go beyond what is covered in history books to create a real, three-dimensional portrait of who Harriet Tubman actually was,” said Nelson. “We wanted to examine what motivated her to pursue a revolutionary and often dangerous journey, particularly through her fierce religiosity and metaphysical connection to the divine. This film also has such a distinct sonic layer thanks to powerful narration by the great Alfre Woodard.”

Both films are a co-production of Firelight Films and Maryland Public Television with an appropriation from the State of Maryland. These programs are also made possible by Bowie State University, DIRECTV and Pfizer, Inc. Bowie State is the oldest Historically Black College and University (HBCU) in Maryland and the first HBCU to become a premier sponsor of a national PBS film. Additionally, the films will stream simultaneously with broadcast and be available on all station-branded PBS platforms.

The Museum’s screenings on September 14 will be introduced by Pulitzer Prize-winning critic Salamishah Tillet. Attendance is free, but all guests must be registered. To register, please visit here, and for additional information, visit the Museum’s website.

About the Newark Museum of Art

Founded in 1909, The Newark Museum of Art is the largest art and education institution in New Jersey and one of the most influential museums in the United States. Its renowned global art collections, supported by significant holdings of science, technology and natural history, rank 12th among North America’s art museums. The Museum is dedicated to artistic excellence, education and community engagement with an overarching commitment to broadening and diversifying arts participation. As it has for over a century, the Museum responds to the evolving needs and interests of the diverse audiences it serves by providing exhibitions, programming and resources designed to improve and enrich people’s lives.
The Museum also encompasses the Victoria Hall of Science, the Alice and Leonard Dreyfuss Planetarium, the 1885 Ballantine House, the MakerSPACE, the Billy Johnson Auditorium, and the Alice Ransom Dreyfuss Memorial Garden. The Newark Museum of Art, a not-for-profit museum of art and science, receives operating support from the City of Newark, the State of New Jersey, the New Jersey State Council on the Arts/Department of State (a partner agency of the National Endowment for the Arts), the New Jersey Cultural Trust, the Prudential Foundation, the Horizon Foundation for New Jersey, PSEG Foundation, the Geraldine R. Dodge Foundation, the Victoria Foundation, the Estate of Phyllis and Sanford Bolton, the Estate of David J Sherwood, Wallace Foundation, and other corporations, foundations, and individuals. Funds for acquisitions and activities other than operations are provided by members and other contributors.

Rutgers University–Newark (RU-N) is a diverse, urban, public research university that is an anchor institution in New Jersey’s cultural capital. It has a remarkable legacy of producing high-impact scholarship that is connected to the great questions and challenges of our time. Rutgers-Newark is in and of a city and region where its work on local issues, undertaken with partners from many sectors, resonates powerfully throughout our urbanizing world.

Founded by award-winning filmmaker Stanley Nelson, Firelight Films produces documentaries by and about communities of color. Firelight Films productions have garnered multiple Primetime Emmy, Peabody, IDA, and Sundance awards. Among them, the feature films Attica, which was recently nominated for an Academy Award and premiered on Showtime; Tulsa Burning: The 1921 Race Massacre; Crack: Cocaine, Corruption & Conspiracy; Miles Davis: Birth of the Cool; The Black Panthers: Vanguard of the Revolution; Freedom Summer; Freedom Riders; The Murder of Emmett Till; and The Black Press: Soldiers Without Swords. Firelight Films has also produced notable short films, including “The Story of Access,” which was commissioned by Starbucks in 2017 for a mandatory anti-bias employee training program, and “Commemorate and Celebrate Freedom,” commissioned by the Smithsonian’s National Museum of African American History and Culture for its opening night in 2015. Upcoming Firelight Films productions include Creating the New World: The Transatlantic Slave Trade, a four-part documentary series for PBS.

PBS, with more than 330 member stations, offers all Americans the opportunity to explore new ideas and new worlds through television and digital content. Each month, PBS reaches over 120 million people through television and 26 million people online, inviting them to experience the worlds of science, history, nature and public affairs; to hear diverse viewpoints; and to take front row seats to world-class drama and performances. PBS’ broad array of programs has been consistently honored by the industry’s most coveted award competitions. Teachers of children from pre-K through 12th grade turn to PBS for digital content and services that help bring classroom lessons to life. Decades of research confirms that PBS’ premier children’s media service, PBS KIDS, helps children build critical literacy, math and social-emotional skills, enabling them to find success in school and life. Delivered through member stations, PBS KIDS offers high-quality educational content on TV—including a 24/7 channel, online at pbskids.org, via an array of mobile apps and in communities across America. More information about PBS is available at www.pbs.org, one of the leading dot-org websites on the internet, or by following PBS on Twitter, Facebook or through our apps for mobile and connected devices. Specific program information an 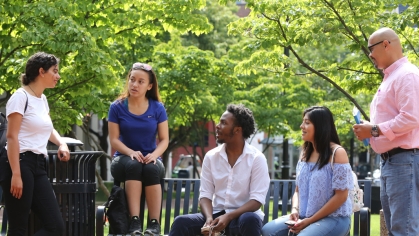 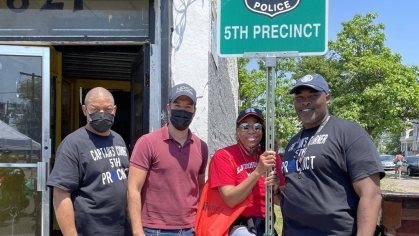 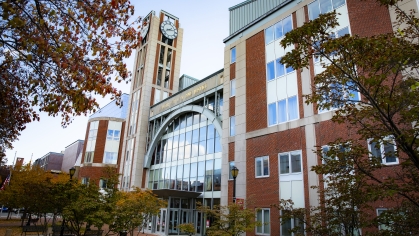