One of Clement Price's last published pieces is a biographical essay on Marion Thompson Wright in Guy Sterling's book “The Famous, the Familiar and the Forgotten.”

NJ Spotlight: Tribute: Clement Price Leaves His Mark on Newark and Beyond

Due Process, Clem Price: A Celebration

(Newark, NJ, Nov. 5, 2014)  Dr. Clement Alexander Price, distinguished professor at Rutgers University-Newark (RU-N) and longtime resident of Newark, New Jersey, died on Nov. 5, 2014, in New Brunswick, New Jersey. Price, named Newark city historian earlier this year, has been celebrated for decades as a historian, teacher, mentor, husband, friend, citizen, neighbor, collaborator, patron of the arts and humanities, public servant, public intellectual, advisor to leaders at the university and at all levels of government up to and including the White House, and a clear-eyed observer of Newark.

Price began teaching history at RU-N in 1969. Rutgers appointed him Board of Governors Distinguished Service Professor in 2002, one of the university’s highest faculty honors, citing his dedication “to the ideas of community, and his sustained impact on the development of cultural, civic, educational and academic institutions in the City of Newark and the State of New Jersey,” as well as his “unwavering commitment to the communities in which he lives, and his concern for social justice.”

At Rutgers Price filled many roles, as teacher, mentor, and advisor, and as director of The Rutgers Institute on Ethnicity, Culture, and the Modern Experience (IECME), which he founded in 1996. IECME has since become a model of public scholarship and engagement, by sponsoring numerous programs and research initiatives that foster broad public discussion on the arts and culture, urban life and development, diversity and race relations, education, and history at the local, national, and transnational levels.

Dr. Price was co-founder, with the late Giles Wright, of the annual Marion Thompson Wright (MTW) Lecture Series, the oldest, largest and most prestigious Black History Month event in New Jersey. The MTW Series has brought some of the nation’s most prominent scholars of African-American history to Newark, including Annette Gordon-Reed, Deborah Willis, Sterling Stuckey, Eric Foner, Lonnie Bunch, David Blight, and Nell Painter. To ensure the future of the MTW Lecture Series, Dr. Price bequeathed $100,000 to Rutgers University in 2010 to establish the Clement A. Price Endowment for the Humanities.

As a tireless contributor to public life, Price was involved in a myriad of civic activities from the local through the national levels. Price chaired President Barack Obama's 2008 transition team for the National Endowment for the Humanities and was appointed vice chair of the President’s Advisory Council on Historic Preservation in 2011. Price was a sought after commentator, by New Jersey and national media, for his insights into the city of Newark and many broader issues of social and cultural life in the state.

Price was often seen out on the streets in Newark, leading tours of the city for students, alumni, dignitaries, visitors, and all manner of citizen groups. To broaden the audience for his popular tours, RU-N produced a PBS television documentary in 2006, ”The Once and Future Newark with Clement Alexander Price,” which featured Price’s unique commentary on Newark’s history and culture.

As Newark city historian, Price was appointed chairman of the committee organizing the 350th anniversary of Newark’s founding in 1666. His many other leadership roles included the New Jersey State Council on the Arts, the Fund for New Jersey, the Save Ellis Island Foundation, the Geraldine R. Dodge Foundation, the Newark Education Trust, the advisory council for the Gilder Lehrman Institute of American History, the Scholarly Advisory Committee to the National Museum of African American History and Culture, Smithsonian Institution, and more.

As a leading “public intellectual” and citizen of New Jersey, Dr. Price was the recipient of many awards for academic and community service. He was named New Jersey Professor of the Year by The Council for Advancement and Support of Education (CASE) in 1999; and in 2006 was inducted into the Rutgers University Hall of Distinguished Alumni. He was awarded honorary degrees by Drew University, Essex County College, the New Jersey Institute of Technology, and William Paterson University.

Dr. Price was the foremost authority on African-American New Jersey history by virtue of his book Not Far Distant: A Documentary History of Afro-Americans in New Jersey (1980). His numerous other scholarly works explored African-American history, race relations and modern culture in the United States and New Jersey. These publications include the 2014 three volume work, Slave Culture: A Documentary Collection of the Slave Narratives from the Federal Writers' Project, co-authored with Spencer Crew and Lonnie Bunch; the book Many Voices, Many Opportunities: Cultural Pluralism and American Arts Policy (1994); as well as book chapters, forewords, and articles in scholarly journals.

Price was born in Washington, D.C. in1945, the son of James Price and Anna Christine Spann Price. He received bachelor’s and master’s degrees from the University of Bridgeport, and went on to become one of the first black scholars to earn a Ph.D. in history from Rutgers University-New Brunswick.

Dr. Price is survived by his wife, Mary Sue Sweeney Price, and his brother, James L. Price Jr., and sister, Jarmila L. Price. Clement and Mary Sue Sweeney Price, former director of The Newark Museum, often have been described as “the first couple of Newark” because of their many contributions to the city. The Prices received the Ryan Award for Commitment to the New Jersey Performing Arts Center in 2006.

The family of Clement Alexander Price has asked for contributions in his memory to be made to the endowment fund of the Rutgers Institute on Ethnicity, Culture and the Modern Experience. Information on donating to the fund can be obtained at www.ncas.rutgers.edu/institute-ethnicity-culture-and-modern-experience/clement-alexander-price-endowment-humanitites. 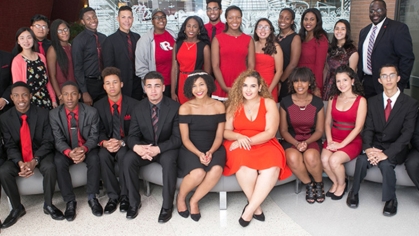 Q&A: What Led to a Rebranding of the Office of Diversity 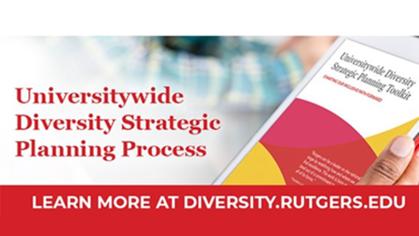 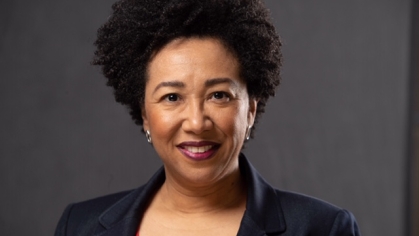