The challenges of navigating college and law school as an Afro-Latina woman have been a north star for Ednin Martinez, Rutgers-Newark’s new Assistant Dean and Director of Student Compliance.

“I’ve always felt protective over the younger generation that looks like me because I know what it is to have gone through these spaces without having the proper guidance from someone that already did it,” said Martinez. “I feel like those experiences — being a woman of color in a classroom of people that didn’t look like me, having to prove myself at every step, showing that my skin color was not an impediment and that my first language was not an impediment — have guided every single step I have taken in my career.”

In her new role, Martinez will ensure the university is following all Title IX and American Disability Act (ADA) regulations, along with any other federal, state, and local guidelines — including university policies — as they pertain to students. Title IX specifically protects people from discrimination based on sex in educational programs or activities that receive federal financial assistance. ADA regulations help ensure an equitable experience for all.

In Martinez’s words, “My job is to ensure that the students get everything they need out of their education in a safe and supportive environment,” said Martinez. “It’s more of a human approach. Of course, there are policies, laws and regulations. These matter and will be enforced. But it’s student-centered. It’s about the students and about their education.”

Martinez immigrated to the U.S. from San Pedro de Marcorís in the Dominican Republic at age 9. Her family settled in Union City with few resources, an experience that also shaped her perspective.

“My background has informed every choice I have made in my career, sometimes subconsciously,” said Martinez. “Coming here as an immigrant, my family was poor.  We had to build from scratch.”

Her drive to help others inspired her to become a lawyer, eventually leading to a job as an assistant deputy public defender for the State of New Jersey, director of major crimes for the Attorney General’s office of the Virgin Islands, and later an assistant prosecutor in New Jersey. Although she could have joined a private firm for a more lucrative position, she never lost sight of the reason she pursued a law degree.

“People expected that if I went to law school, I was going to work at a law firm to make money. But that was not in my heart. It’s always been about helping other people and being an advocate,” said Martinez, who earned a BS in International Relations and Diplomacy from Seton Hall University, where she also received her law degree.

“The reason I went to law school was because I wanted to help people that couldn’t help themselves and couldn’t advocate for themselves, including people that were disenfranchised, and minorities that didn’t know their way through the legal system,’’ she said.

In addition to her law career, Martinez also taught as an adjunct professor at both Montclair St. University and Fairleigh Dickinson University, where she discovered her love for teaching.

“I’ve always been [unofficially] mentoring since college, but this gave me a direct impact on my own students. It turned out that I really liked teaching. Actually, I loved it,” she recalled.

Specifically, it was her students’ curiosity that sparked her passion to return to academia. “In that age group, they’re just starting to become adults, embrace who they really are, and explore what they want to contribute to the world,’’ she said. “To me, that was so important that they wanted me to guide them. It’s special to have that type of connection with a student.”

Martinez is no stranger to Newark, having attended law school in the city and clerked at Veterans Courthouse. She remembers her time here fondly, recalling that the Ironbound was “like my backyard.”

It was that connection to Brick City, paired with her passion for mentoring a diverse student body, that made an opportunity at Rutgers-Newark so appealing.

“Rutgers-Newark is one of the most diverse colleges in the United States, with every ethnicity possible. I think my experience can resonate with students at Rutgers, coming from Dominican Republic at 9, not knowing how to speak English, and having been able to navigate the education system here and thrive,” she said. 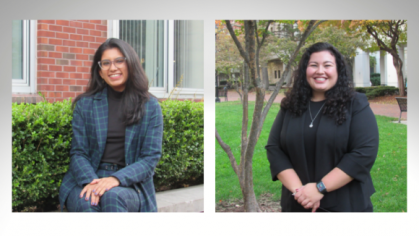 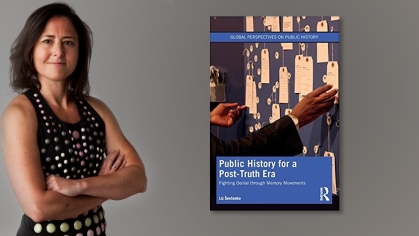 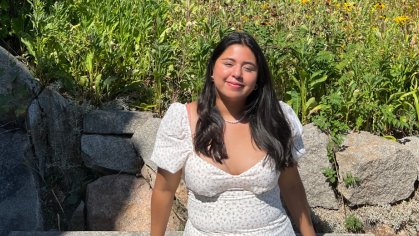