Rutgers University – Newark Chancellor Nancy Cantor joined City of Newark Mayor Ras J. Baraka and leaders of numerous other local anchor institutions in a press conference in a major collective impact initiative to dramatically reduce poverty and unemployment and strengthen the city's economy by the beginning of the next decade. Under this initiative known as Hire.Buy.Live.Newark, each of the partner organizations from the public, private, and nonprofit sectors is establishing specific targets for employing more Newarkers and increasing procurement of goods and services from Newark-based businesses.

Among the most ambitious elements is an effort that the cross-sector partners are calling “Newark 2020,” the aim of which is to connect 2,020 unemployed Newarkers to work by 2020. According to a recent report from the New Jersey Institute for Social Justice, Newark’s 33% poverty rate among minority populations is nearly double the national average and only 18% of jobs in Newark are held by city residents, half the proportion of that in comparable cities. For their part in increasing access to jobs for Newarkers, Chancellor Cantor and Rutgers Biomedical and Health Sciences (RBHS) Chancellor Brian Strom announced that their institutions combined aim to make 220 local hires.

Another element of the initiative is to increase local procurement by Newark’s anchors, spurred by the finding of a 2014 study funded by the Prudential Foundation that showed six representative anchors combined were spending only 3% of their procurement dollars with Newark businesses. Projections released at the press conference indicate that increasing local procurement to 10% would add $33 million to Newark’s economy. Cantor and Strom announced their intention to increase the combined local procurement of Rutgers-Newark and RBHS by 20% by 2025.

“It is absolutely critical that in a city, state, and nation where inequalities increasingly map to race and class, anchor institutions join together and collaborate with public leaders to forge a new path forward,” said Cantor, who is recognized internationally as a thought leader on anchor institutions. “Higher education institutions, in particular, are perfectly positioned to pool our expertise with that of private and nonprofit partners, but even more immediately to join forces with other anchors concertedly to hire more local talent, buy more through local supply chains, and encourage employees and students to live locally. That is precisely what we are committing to do.”

The thinking behind Hire.Buy.Live.Newark has been informed by extensive research into the breadth and depth of Newark’s network of more than 400 manufacturers conducted by Kevin Lyons, professor of professional practice at Rutgers Business School, Newark and New Brunswick, and director of its Public-Private Community Partnership Program. Lyons has been working for several years with regional collaborators to improve key business functions of Newark-based manufacturers such as supply chain and logistics, workforce development, business development strategies, new decision-making tools for industrial production databases, and new ways to analyze customer demand. One notable major success was when he connected Newark Beth Israel Hospital to local manufacturer Rock Ya Socks LLC to meet a need for socks given to hospital patients. That contract is now being scaled up to meet needs across Beth Israel’s parent organization, RWJ Barnabas Health.

Guided by its strategic plan unveiled in fall 2014, Rutgers-Newark already has been making substantial, strategic investments that intertwine its educational, research, and economic development missions while making significant impact locally. For example, the RU-N to the TOP Scholarship program is supporting more than 700 Newark and New Jersey residents to help transform educational access and opportunity by increasing college attainment. Seed grant programs established by Cantor have provided nearly $10 million over the past three years to support multi-disciplinary, collaborative projects that bring together what the university calls “communities of experts” from across higher education institutions and public, private, and nonprofit organizations, along with community residents, to work collaboratively on pressing challenges locally that reflect some of the most complex problems facing the nation and the world. Many of the funded projects focus on improving safety and health in urban neighborhoods, expanding educational pathways for students of all backgrounds, spurring inclusive urban economic development, and leveraging the arts and culture to increase community vitality.

Perhaps even more visible to the Newark community, Rutgers-Newark has been investing in infrastructure projects designed to leverage the physical, cultural, and intellectual assets of the university and the community. Major capital projects initiated or completed by Rutgers-Newark in recent months include:

The principles underlying Hire.Buy.Live.Newark reflect those described by Cantor in remarks she recently gave at the invitation of New Jersey Secretary of Higher Education Rochelle Hendricks in launching the New Jersey Coalition of Anchor Institutions at a convening last month. “It is high time to roll up our sleeves and learn from and with our neighbors, the very ones whose children will increasingly attend our institutions and define the future of our cities, our state, and our world,” Cantor said. She went on to suggest that anchor institutions can help their cities and America as a whole reap the benefits of tapping their diverse talent pools, but only “if we do the hard work of collaboration and share our current prosperity with those who will make it last going forward.” 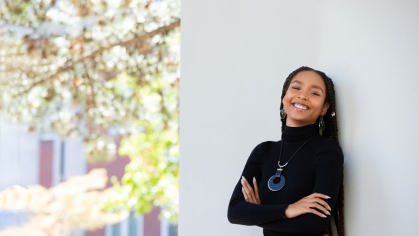 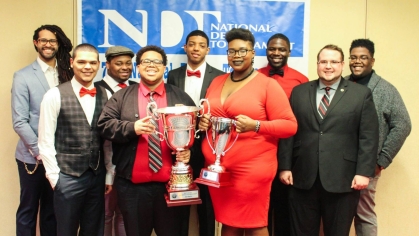 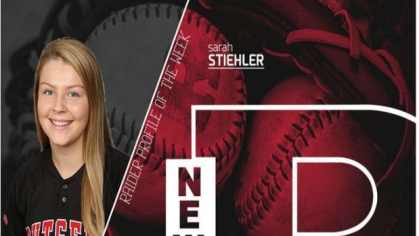