I am honored to have this chance to talk with you about New Jersey’s gun policy.

We here at the School of Criminal Justice have learned a little about the problem of gun violence in urban settings. In our collaboration with the Newark Police Department—funded by several foundations and carried out by our Police Institute—we have learned that gun violence by gangs can be significantly reduced through direct and targeted interventions. In our work mapping violent crime through our Center for Public Security, we have learned how to predict where crimes will occur so that police resources can be directed to those places to prevent them.

Much more is needed.

In making new policy about guns, we should never ignore the constitutional rights of individuals to possess firearms. Yet we cannot shy away from the need to balance this with an equally valid right of communities to be safe from gun violence. Gun policy—like all crime policy--is a balance.

Any policy action must also have an empirical foundation. Regrettably, and for narrow political reasons, our knowledge of the how well alternative gun policies work has lagged well behind our knowledge in other public safety arenas. Fortunately, the current call for new research on guns and gun violence will, over time, close that gap. In the meantime, we will have to make policy based on what we now know.

Just this month, members of our faculty joined a team of policy scientists to produce a volume summarizing the current state of knowledge about preventing gun violence. Here are some of the highlights:

1. When handguns are in homes, children and adult women are 2-3 times more likely to become homicide victims. This suggests the need for licensing, gun safety regulations in the home, and public education about gun safety.

2. Laws that prohibited assault weapon ownership in Australia have dramatically reduced mass killings there. The regulation of ammunition purchase, along with banning certain kinds of ammunition, also holds promise for reducing gun violence.

3. Gang intervention programs can reduce gun deaths by nearly half. That is why our Police Institute is working with the Newark Police Department and hoping to extend this work to other New Jersey cities.

4. Law enforcement operates with little intelligence about the origins of guns used in crimes. This makes it difficult to disrupt those markets. A statewide analyses and city-level analyses of the sources of illegal guns would be a first step in combating illicit gun markets.

We must recognize that New Jersey can enact sensible gun policies, but that will not be enough. Without a national policy on guns, the regulations in New Jersey will lose some of their impact because of the flow of guns and ammunition from outside the state.

The concern that restrictions on gun availability will become a “slippery slope” toward infringements on legitimate gun rights cannot stop us from acting. Indeed, this is an argument that cuts both ways. The proliferation of guns in public spaces, such as schools and places of recreation, is its own slippery slope. We now know that one of the reasons there are so many guns in our poorest neighborhoods is that, as soon as some youth become armed, others realized they need to do so. To prevent this kind of inevitable drift toward mayhem, lines must be drawn.

We already control weaponry. For example, hand grenades are illegal, despite the indisputable fact that they would prove useful in a patriot’s resistance against government tyranny. And some people might find it enjoyable to use them safely. Yet they are prohibited. The threshold question is whether there are other weapons, like hand grenades, that should be prohibited for their obvious public risks and far-fetched private benefits. Armaments designed to achieve rapid, mass destruction seem, as a matter of common sense, to meet those criteria.

Now is the time to act. Research, education, community intervention, regulation, and prohibition are all part of a sensible gun policy for the state of New Jersey. 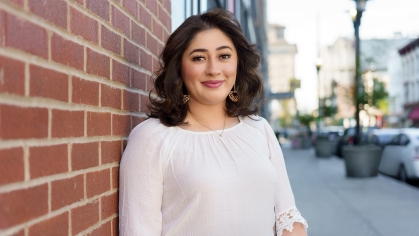 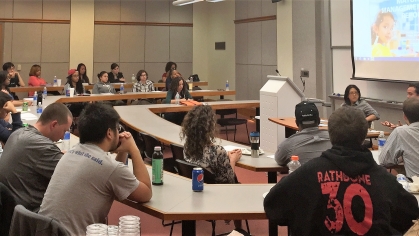 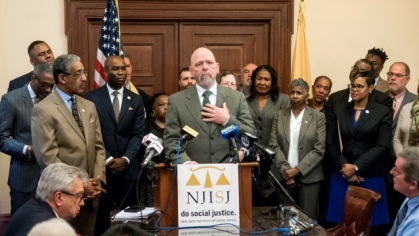 Ronald Pierce, Formerly Incarcerated, Now an Advocate of Voting Rights for Those with Criminal Convictions