Sitting Down With Professor and Acclaimed Writer Rigoberto González

Rigoberto González, Professor of English and Creative Writing, is a versatile, prolific and acclaimed writer who arrived at Rutgers University–Newark in 2008. He is the recipient of Guggenheim and NEA fellowships, and winner of the American Book Award, The Poetry Center Book Award, and the Shelley Memorial Award of The Poetry Society of America, one of the highest honors that can be bestowed upon and American poet.

His fourth book of poetry, Unpeopled Eden (Four Way Books, 2013), recently won the 2014 Lambda Literary Award, along with the prestigious 2014 Lenore Marshall Poetry Prize, given out by the Academy of American Poets and which carries a $25,000 prize. He is the first Latino poet to achieve this honor.

González is part of a rich literary tradition that examines life in the borderlands between Mexico and the U.S. He writes about what it means to be a gay Chicano immigrant in the U.S. and to grow up poor, as well as the hardships and resilience of migrant farm workers, religion, masculinity, and a host of other important issues.

We sat down with González recently to talk about his childhood and his work, along with the importance of reaching out to Latino children through literature and mentoring emerging writers.

You sought solace in books amid a turbulent childhood and adolescence. When did you sense that you wanted to be a writer, and what inspired you?

González: As a teenager I fantasized about writing books—but as far as I knew all writers were dead. No one told me that writers were alive, let alone that writing was a profession. So I opted for the closest thing I associated with books, teaching, because I wanted to hold books, read books, talk about them. I grew up a bookworm as a way to have some private time in a very crowded household, and I knew there was power in literacy because many in my family didn’t know how to read or write.

In college I discovered living writers, and suddenly I picked up that old fantasy again. Many writers visited campus, and the more I met, the more my own dream seemed possible. And then I discovered that the leap from reader to writer was a short one—I had been such a voracious reader all these years that when I sat down to imagine a story, it came so easily, so naturally, so rewardingly.

You lay claim to many identities, including Chicano. For lay people who may not be familiar with this term, or may understand it only through popular culture, explain what it means historically.

González: Chicano identity really took hold in the 1960s, particularly in the American Southwest, among young people born and/or raised in the U.S. of Mexican parents. They felt only partially connected to Mexican culture and didn’t quite feel American either. The term Mexican-American was used, but that word implied a border between things Mexican and American. These young people were a combination of both, part of a new cultural awareness that blurred the line between Mexico and the U.S. The term Chicano became popular when young activists, mostly students, organized around social issues like the anti-war movement and César Chávez’ farmworker boycotts. This cultural revolution grew and is still around today, having taken root in college curricula, with a literature of its own, and signals a commitment to political activism. For me, that means being a writer and contributing to the important legacy of Chicano literature.

In your work, you reveal the trials and tribulations of invisible Mexican migrant laborers in the U.S. What do you hope readers will take away from this?

González: Since I come from two generations of migrant farmworkers, that world is important to me. I write about it, I honor it, and I engage in conversations about workers’ rights in this country, especially when it comes to farm labor. I wish that politicians and the media would stop criminalizing the undocumented alien or characterizing field work as labor without value, and those who perform it as invaluable as well. The field worker is a human being with a complex life, with dreams that extend beyond the fields—if not for themselves, then for their children. And I hope that my work is cultivating a portrait of the worker as a person who deserves respect, empathy, support and understanding. And if the person is valued, so, too, is his or her community.

You identify as a Chicano gay immigrant. What place do you see yourself occupying in this literature? How important is it for gay Chicano and Latino/a writers to give voice to these experiences, and why?

González: No person, no community, no culture will better itself without critique. If I set out to write about Mexicans or Chicanos/Latinos in the U.S., I can’t romanticize, and certainly its sexist and homophobic tendencies need to be recognized and dealt with. These problems and scars have to be named to become visible, and then they have to be processed. That’s why the queer or gay life within the Chicano experience has to be part of the narrative—not as outsiders or marginal characters but as central characters.

What has inspired you to write children’s books and young-adult novels? Do you have specific goals in mind when doing so?

González: I wrote two children’s books because I used to work with children in my 20s, as a literacy specialist at an after-school program, and when I introduced books to the children, I realized how few I found with Latino protagonists, written by Latino authors. So, I set out to write a few of my own. With the young adult novels, an editor approached me to write one, pointing out the same thing: few Latino protagonists, let alone gay characters, and few Latino authors. So, I took up the challenge, inspired by the death of Lawrence King, the young man from Oxnard, Calif., who was killed after be revealed a crush on another boy in high school. It occurred to me how much we needed to let gay youth know that they mattered, that their lives were important, that life wasn’t easy, but it could be beautiful. And The Mariposa Club series was born.

You’ve taken on a lot of responsibilities in addition to writing. You’re also known for your advocacy of emerging writers. Can you speak to that?

González: I didn’t get to this stage of my career alone. I had so many incredible mentors; so many friends who were there as coaches, cheerleaders, sounding boards, champions; and so many teachers who offered guidance—and readers who wrote to express their gratitude. As solitary as the writing process is, the profession is a community. And I made it my mission a very long time ago to seek out the very early careers and give those with talent and ambition a little boost—because I’ve been there, and it feels so good to have a writer with more experience step in and say, “Hey, I see you; I like what you’re doing.” 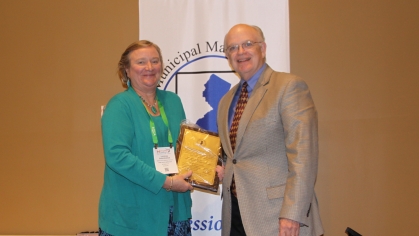