Watch the Commencement live at http://go.rutgers.edu/et4v4srg

This morning Rutgers University–Newark (RU-N) was informed by actor and humanitarian Wendell Pierce that in order to assure that commencement 2016 will be a celebration of the accomplishments of its students free of distractions, he is declining to join RU-N and consequently must decline the conferral of an honorary degree.

At the same time, RU-N is pleased to announce that award-winning journalist, documentarian, news anchor, and producer Soledad O’Brien will address the Class of 2016.

O’Brien is an award-winning journalist, speaker, author, and philanthropist. She also is the chief executive officer of the Starfish Media Group (SMG), a multi-platform media production company dedicated to telling empowering and authentic stories on a range of social issues.

O’Brien’s work appears regularly on HBO Real Sports with Bryant Gumbel and PBS NewsHour. Through SMG, she has produced documentaries for CNN and Al Jazeera America. O’Brien has hosted the National Geographic Bee, Global Citizen, which is broadcast on MSNBC, and Shining a Light: Conversations on Race, which aired on the A&E Networks, AOL and iHeartMedia. She has appeared as a contributor to all three networks, is philanthropy editor of Worth Magazine and is a frequent contributor of op-ed pieces to publications like the New York Daily News and the Huffington Post.

O’Brien, who was anchor of two CNN morning news programs and their documentary unit, created the In America documentary series “Black in America” and “Latino in America,” which continue to be produced under SMG and are subjects of an annual speaking tour.  She also speaks on a variety of social issues at college campuses and corporate events.

Earlier in her career, O’Brien co-anchored on Weekend Today and contributed to segments on the Today show and NBC Nightly News. In 2003, O’Brien transitioned to CNN, where she was the face of CNN’s morning news shows for many years. O’Brien’s coverage of race issues has won her two Emmy awards, and she has a third Emmy for her reporting on the 2012 presidential election. O’Brien and CNN earned a George Foster Peabody Award from her coverage of Hurricane Katrina. O’Brien also received another Peabody Award for her coverage of the BP Gulf Coast Oil Spill. Her reporting on the Southeast Asia tsunami garnered CNN an Alfred I. DuPont Award.

O’Brien also is the author of two books, her critically acclaimed memoir The Next Big Story and Latino in America.

O’Brien was named journalist of the year by the National Association of Black Journalists and one of Newsweek magazine’s “10 People who Make America Great.” In 2013, O’Brien joined her alma mater, Harvard University, as a Distinguished Fellow and was appointed to the Board of Directors of the Foundation for the National Archives.  In 2015, O’Brien joined the RAND Corporation’s Board of Trustees.

In the wake of Hurricane Katrina, O’Brien and her husband, Brad, created the Soledad O’Brien & Brad Raymond Starfish Foundation to help young women get to and through college. This year, they will provide funding to 25 deserving young women.

O’Brien lives in New York with her husband and four children.

Rutgers University-Newark eagerly anticipates a joyous event with its remarkable students and their families on Wednesday, May 18, at the Prudential Center in Newark. For more information, contact Peter Englot, Senior Vice Chancellor for Public Affairs, Rutgers University–Newark, peter.englot@rutgers.edu or (973)-353-5541. 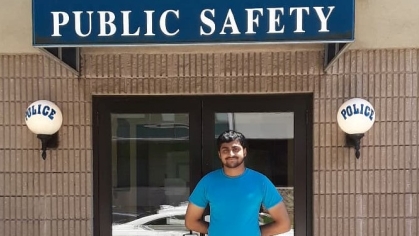 Jeffin Thomas: Helping to Ensure the Safety of the Rutgers-Newark Community 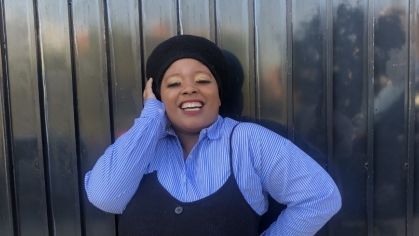 Aaliyah Cobbs: A Mentor to Family and Peers 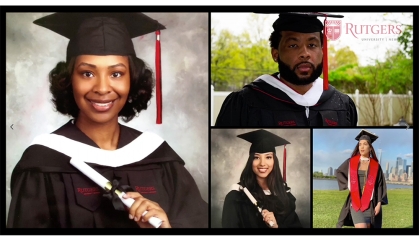 Rutgers-Newark Virtually Salutes the Class of 2020