For an organization that leans on collective work with many stakeholders, a global pandemic poses almost insurmountable difficulties. Yet the Newark Public Safety Collaborative’s (NPSC) work has not only continued to provide important resources for the greater Newark community but has added new areas of focus to its already expansive reservoir of information.

Started as an extension of the Safer Newark Council that was catalyzed by Rutgers University-Newark, the collaborative, convened by School of Criminal Justice faculty, allows community partners and stakeholders to easily access vital information to help problem-solve Newark’s most pressing crime issues. Started in 2018, the collaborative, which compiles and studies crime data and analytics, has had a dramatic impact on crime reduction in the city.

“There is no other initiative that is producing the kind of analysis that NPSC is doing,” said Alejandro Gimenez-Santana, director of the collaborative. “It is an effort to democratize the use of data and analytics, and we do it in a very consistent and expansive way. Crime analyses are produced bi-weekly. We offer free access to all community partners across Newark. We want to empower our community partners to become co-producers of public safety.”

The collaborative analyzes crime data across several areas in Newark, ranging from hotspots for crimes such as auto theft, to the impact abandoned buildings and vacant lots can have on crime.

At its center, the collaborative zeroes in on an approach called “Risk Terrain Modeling (RTM),” which takes a place-based approach to analyzing crime trends, as opposed to a person-based approach.

This method, developed by Rutgers School of Criminal Justice faculty Joel Caplan and Les Kennedy, was used in 2015 in Atlantic City to combat gun violence. Data on the common variables of locations associated with gun violence, when shared between law enforcement and community partners, led to efforts that helped reduce homicides and shooting injuries by 25 percent from 2016 to 2017. Within four months, it resulted in a 50 percent reduction in robberies.

“To us, crime should be analyzed within the context of its immediate environment. We are arguing that we need a picture of what places across jurisdictions are prone to develop certain types of criminal behaviors,” said Gimenez-Santana. These include ATM machines, blighted properties, establishments that sell drugs or alcohol, among other locations within the city limits.

Similar efforts have been successful in Newark. Data analyzed by the collaborative in 2020 showed that an increase in auto theft was often due to cars left idling. After information was shared with community partners, including the Newark-based Lincoln Park Coast Cultural District (LPCCD), posters designed by a local contest winner raised awareness of the problem. The result was a decrease in motor vehicle theft of over 40 percent over the final three months of the year.

“What we do is open the door to data and analytics,” remarked Gimenez-Santana. “The university felt it was important to bridge the gap between academic research and the work being done in Newark by continuing to enhance the collective impact model: this idea of collaboration, the idea of collective action when it comes to public safety.”

Walter Thompson, a community organizer for the Lincoln Park Coast Cultural District, says the collaborative has made a difference.

“The public safety collaborative started sending me individual reports so that I was able to strategize on where are the hotspots and why?” he said. “With our auto theft awareness campaign, we had to go out on the streets to educate people. We were passing out flyers and asking businesses if we could hang a flyer up.”

More recently, the NPSC launched a domestic violence program within the first months of the COVID-19 pandemic. Early reports from the United Nations showed a spike with stay-at-home orders around the world, while Newark saw a 38 percent increase in reported domestic violence cases within the first two months of the pandemic, according to research conducted by the NPSC.

The information was shared with a subcommittee of local partners to improve service delivery and resource allocation for victims, including the Essex County Prosecutor’s Office, Newark Emergency Services for Families, New Community Corporation, Shani Baraka Women’s Resource Center, and others.

“At the time, we weren’t sure if the increase was going to be significant in Newark, but we still decided to notify our partners of the risks for victim-survivors who live for a prolonged period of time with their abusers,” recalled Gimenez-Santana. “These ongoing efforts seek to strengthen collaboration among multiple domestic violence service providers in Newark and develop strategies to improve service delivery to the areas that need them the most.”

Unlike most other cities across the country, Newark saw a decrease in crime during the pandemic. Gimenez-Santana attributes this to a “good symbiosis between police and the community” along with an emphasis from city leadership to use analytics to guide decisions.

Gimenez-Santana said these efforts have shined a positive light on Newark and hopes the collaborative’s model can be built for other U.S. municipalities. American cities including Chicago, Dallas, Kansas City — along with global partners across Latin America and Europe — have already begun to incorporate the risk terrain modeling approach.

“I see us as a platform where we can train and share our knowledge with other government agencies and community groups across the U.S.,” he added. 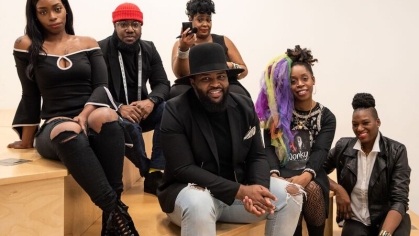 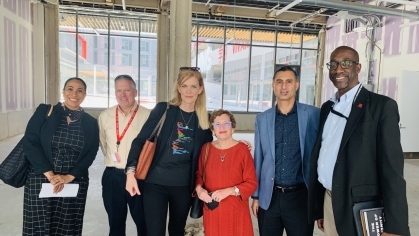 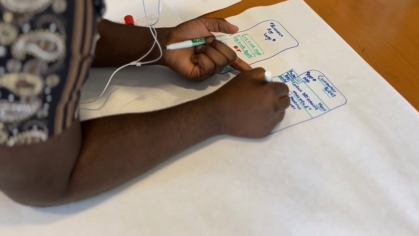