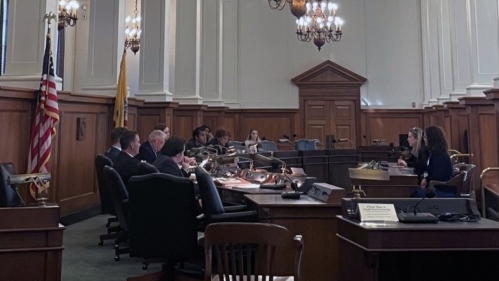 Faculty and students from Lives in Translation, a RU-N effort recruiting undergraduate volunteers to serve as interpreters, testified in front of the New Jersey State Senate Government Committee on Monday, advocating for a bill that would improve accessibility for residents with limited English proficiency. The law would require state government agencies to provide translations of vital documents into the 15 most used non-English languages in the state.

The legislation, Bill S2459, which was first introduced to the Senate in May by its sponsor, Senator Teresa Ruiz, the Senate Majority Leader, would also provide interpreting services for any documents not meeting the bill’s guidelines.

“It felt exciting and gratifying to be able to support such an important piece of legislation,” said Professor Jennifer Austin, founder of Lives in Translation (LiT), part of the School of Arts and Sciences (SASN).

Austin testified at Monday’s hearing alongside LiT Director Stephanie Rodriguez and SASN senior Gretel Rodriguez Ramos, an LiT intern majoring in Political Science with a focus on pre-Law. Each spoke for four minutes about the impact of the bill on the populations supported by LiT.

Since 2016, Lives in Translation (LiT) has been leveraging Rutgers University–Newark’s diversity by recruiting undergraduate volunteers to serve as interpreters and translators for immigrants, nonprofits and businesses seeking legal and other types of services. The effort has grown exponentially since its inception as word has gotten out around northern New Jersey.

At the committee meeting in Trenton, Austin discussed the linguistic diversity of New Jersey and Rutgers, and the need for interpreters and translators in Rutgers Law School clinics that led to the creation of LiT. Rodriguez talked about her work as LiT Director, including training students to assist the city of Newark with its Covid-19 contact tracing in Portuguese, Spanish and Haitian Creole, and matching volunteer translators with organizations assisting refugees from the war in Ukraine who need support in Ukrainian, Polish, Hungarian, Russian, Czech, Romanian and German. Ramos spoke about her experiences learning English at age 4 after moving to New Jersey from Honduras and serving as a translator for her Spanish-speaking father as a child, as well as the need that she has seen in her community for the type of support provided by the bill.

The LiT team were among 13 people who testified in support of the bill, who represented organizations that work with immigrants, domestic-violence survivors and other constituents in New Jersey.

The bill would require state agencies to translate documents such as health intake forms, notices of rights, and privacy notices into the 10 most widely spoken languages in the first year after the bill is passed, then add another five languages by the end of the second year. As Rodriguez mentioned in her testimony, that includes more languages than similar laws passed in other states or jurisdictions. A recent law passed in New York requires all state agencies to translate their websites into the 12 non-English languages most commonly spoken by the state’s residents.

The 15 languages in New Jersey that would be covered by the bill include Spanish, Chinese (Mandarin and Cantonese), Korean, Portuguese, Gujarati, Arabic, Polish, Haitian Creole, Russian, Hindi, Tagalog, Italian, Vietnamese, Urdu and French, all of which LiT’s student translators and interpreters currently service.

Ruiz, who has served in the Senate since 2008 and became Majority Leader earlier this year, represents District 29, which encompasses most of Newark and Belleville. As sponsor of the bill, she has continually highlighted the urgent need for such services, especially since Covid-19 emerged, given that one in four New Jersey residents lives in a multilingual home, and one in eight speaks English less than fluently. (In Newark, 45 percent of the population speaks a language other than English at home.)

“This legislation aims to remove the language barrier faced by so many of our communities around New Jersey,” she said. “When people are in need, and especially in crisis, they should be able to connect to the resources available to them. This was highlighted all the more during the pandemic, where we saw various obstacles preventing individuals from accessing real-time government information and routine government services.”

After Monday’s testimony, the Senate Government Committee members voted to advance the bill by a vote of 4-1.

If the bill passes both legislative chambers and is signed by Gov. Phil Murphy, New Jersey would join California, Washington, D.C., Hawaii, Maryland, Minnesota, New York and 40 other jurisdictions that have established language-access laws.

"This legislative advocacy is a perfect example of the transformative synergy stemming from the vision of our Chancellor, the excellent anchor work of our faculty, and the mobilization of our students,” SASN Dean Jacqueline Mattis, who has been a big supporter of LiT. “This is what universities and public officials can do when we are intentional about doing good on behalf of our communities." 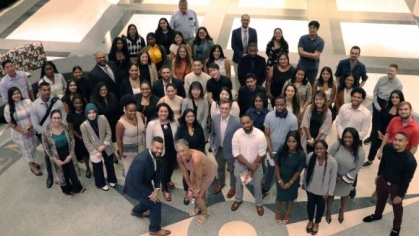 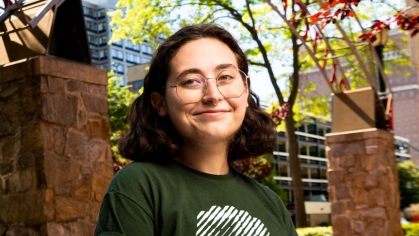 Letter to My Ancestors: Para El Borikén Como Yo 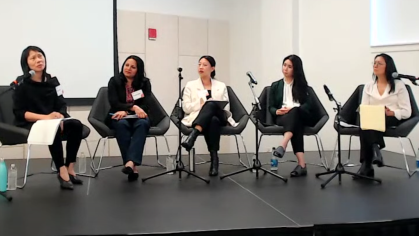