Fall 2014 will mark the beginning of The Newest Americans, a three-year longitudinal study at Rutgers University–Newark that will document the lives and communities of students at the university. The project, spearheaded by Tim Raphael, director of the Center for Migration and the Global City (CMGC), will focus on immigrant experiences in New Jersey with Newark as the hub where these different stories converge. “We’re starting off this year with five stories that we’re going to follow. And the idea is that by focusing on our students and letting them take us into their communities and tell the stories of those communities, we’re able to take advantage of the fact that we are the most diverse campus in the United States with access to stories that you can’t find anywhere else,” he states.

One such story follows Mohamed Alsiadi, an American studies doctoral candidate and Arabic instructor at RU-N, who was born and raised in Aleppo, Syria. Alsiadi is a musician who plays Waslah music, an art form that not only preserves the cultural identity of Syrians, but also unifies Syrian Muslims, Jews, and Christians, who recognize Aleppian Waslah as an important part of their traditions.

Students will research the history of Aleppian Waslah, conduct interviews with local Waslah musicians and enthusiasts, write the music’s stories, and document Waslah concerts at clubs, hookah bars, weddings, and other venues in the tristate region. Waslah is the lens through which students will gain insight into the implications of the Syrian diaspora and civil war.

The Newest Americans is a collaborative effort involving CMGC; VII, a group consisting of world-renowned videographers and photojournalists; and the Department of Arts, Culture and Media. Raphael expects additional partnerships as the project progresses.

The project also seeks to present the reality of Newark as a city of immigrants, as opposed to a common perception as a black and white city with a strong racial divide. The project will address the significance of the Great Migration and emphasize Newark’s role as the epicenter where different, recent immigrants are coming together, not only on campus, but in the surrounding areas.

Unlike research projects that typically present findings in a single medium, like a research paper, The Newest Americans will present information through multiple channels. These media include videos, performances, photographs, essays, and oral histories to effectively resonate with members of its wide and diverse audience who use these media, and have varying levels of English proficiency.

Raphael hopes that when the pilot phase concludes, the project will receive additional funding and continue to follow these students beyond their time at the university.

Saad Admani, an RU-N first-year student who will help oversee the project, is a Pakistani immigrant eager to tell these stories and highlight the contributions of immigrants. “By researching immigrant communities…it will allow us to showcase the great work of immigrants to the rest of the nation and also allow others to realize that we can also benefit from immigrants,” Admani says. 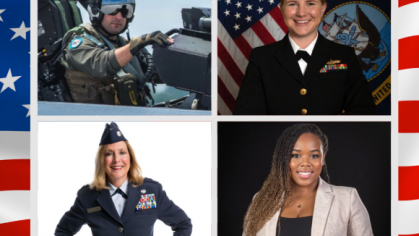 On Veterans Day, Law School Recognizes Those Who Served 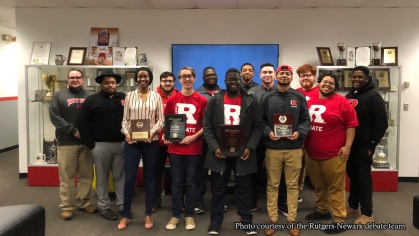 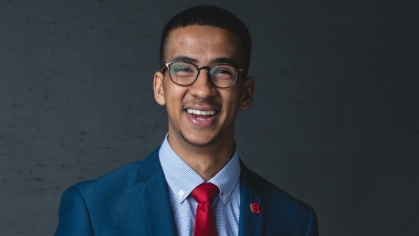