By the time class ends in August, Ron Emerson, who teaches a summer course for middle-school entrepreneurs at Rutgers-Newark, has seen shy children blossom and others start their own business.

“They might be hesitant when the course begins but you see them gain confidence, you see their true personality and their talents,’’ says Emerson, an entrepreneur himself whose course, modeled after the show Shark Tank, is part of Rutgers-Newark’s Center for PreCollege Programs.

While the center offers 10 programs year-round and serves more than 2,000 kids from the Greater Newark area, the immersive nature of the summer programs, in which students attend five days a week, often for several weeks, allows them to form bonds and make discoveries in a different way.

Elijah Allen, has been a Rutgers Future Scholar since middle school, attending classes every other weekend. But as a senior, he and other scholars lived on campus for two weeks and enrolled in a college course at the School for Criminal Justice.

“The summer program is the time where we get the most experience because we’re there every day of the week,’’ he said. “It’s nice because we don’t have to juggle regular school, jobs and crunch time. We do trips and annual cookouts. We have a really good balance of time to have fun and learn,’’ said Elijah a senior at Donald M. Payne Sr. School of Technology in Newark.

“Depending upon some of the school districts, sometimes resources for extra and supplemental activities may not be there. For us to have these partnerships, we can expose the students to expanded learning they may not get in their own schools,’’ says Sheronia Rogers, dean of the Center for PreCollege Programs.

Students enroll in academic enrichment courses, learn about financial literacy and civic and cultural engagement, among many other subjects and areas of development. A heavy emphasis is placed on college readiness and career exploration.

“Our primary goal is to prepare them to be future focused,’’ added Rogers. “We engage them to explore what their opportunities are. We want them to take a personal inventory so they know what their strengths are, what careers they might want to pursue. It’s always about exposing them to as many college and career options as possible. We want them to know what they need to have in place early on.’’

Maria Mendosa, whose 14-year-old son Enrique will be a senior at Science Park High School in Newark, credits Rutgers Future Scholars, including its summer programs, with deepening her son’s interest in an engineering career and motivating him to join the debate team last year. “They got to share a lot of opinions in the program, and it gave him the confidence to be part of the team. I’m 100 percent sure it was because of his experiences in Future Scholars,’’ she said.

This year, the center had many of its traditional offerings, including the Shark Tank course, and added some new ones, including a science camp created in partnership with Bristol-Myers Squibb and a Jurassic World STEAM program supported by Comcast, Universal Studios and the Council for Opportunity in Education that included a trip to California for a special STEAM and college fair, a visit to the theme park for a behind-the-scenes look at STEAM in action, and a discussion with the cast of  of Jurassic: World Dominion.

Carlos Barahona, a freshman at Cicely Tyson High School in East Orange who is enrolled in the center’s TRIO Talent Search initiative, learned by building his own robot how animatronix combine science and art.

“One thing that stayed with me from my journey is that I learned how many STEAM careers there are,’’ said Carlos, who also participated in the Bristol-Meyers Squibb science camp.

This summer, Phoenix-Bluu Therlonge, who will be a senior at University High School in Newark, explored career prospects through the College & Career Incubator program that helped her discover a talent for film editing and taught the importance of networking.

Phoenix-Bluu, who part of  the center’s dual enrollment program for high schoolers, heard from a range of professionals, who described their path to success. “You saw people doing different stuff, some from different backgrounds, some from backgrounds more similar to mine. I have a lot of support from my family, but some of them didn’t, and that didn’t stop them from doing what they wanted to do. That was inspirational.’’

For Rakeea Alston,  a senior at Great Oaks Legacy Charter High School in Newark,  living on campus as part of the Future Scholars’ summer program was a chance to strengthen connections with fellow students and get ready for college.

“I like that it’s a preparation for us,’’ said Rakeea, who aspires to be a psychiatrist. “It’s helping us with our decisions in life.” 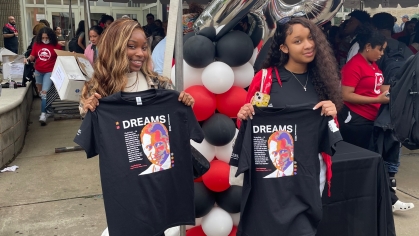 Rutgers-Newark Welcomes Class of 2026 at Convocation 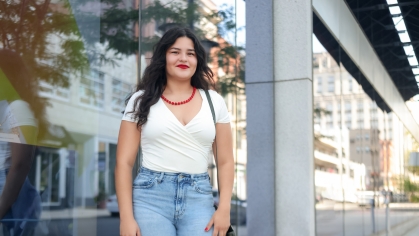 Support to Succeed in Business 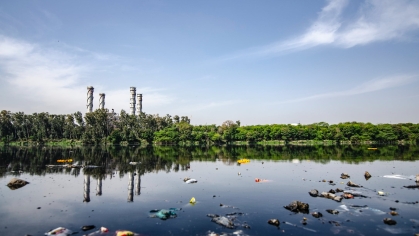